This Spring Branch property is 1,436 sq ft sitting on a large 10,000 sq ft lot in a desirable neighborhood right along Haden Park just north of I-10 and the Beltway. The ...

Wonderful opportunity to build a dream home. This lot is located in the beautiful and peaceful neighborhood with the cul-de-sac type. This lot is bordered with Bayou in t...

The city of Houston was first founded back in 1836, taking its name from the former General Sam Houston, who was president of the Republic of Texas.  It was not until a year later that Houston was officially incorporated as a city in 1837. Houston has only grown since then, with various commercial industries, as well as oil discoveries, bringing new residents in droves. Today, Houston is a massive city, not only the most populous city in Texas but also one of the most populous cities in the United States.

The city of Houston is home to more than three hundred parks, with countless sports facilities, historical sites, gardens and more. The city also has sports teams for nearly every major professional league, only lacking a team in the National Hockey League. For sports fanatics and those who just like to stay active, Houston has it all.

The Arts & Culture in Houston TX

Houston is a city where the arts thrive, in fact the city is one of few cities in the nation with permanent, professional, resident companies in all of the major performing arts disciplines: music, ballet, opera, and theater. The Houston Theater District is a popular place to catch a show, with numerous, major performing arts organizations and performance halls.

Houston is also one of the most diverse cities in Texas, and even in the United States. The city is home to a wonderful, diverse range of cultural institutions, museums, and exhibits that are not only enjoy by locals, but also by the more than 7 million tourists that visit annually.

The strength of Houston's  economy is largely based on the energy industry, for which it is internationally renowned. The energy industry has mainly been focused on oil and natural gas, but with a growing focus on renewable energy sources, such wind and solar power. The Houston area is also home to countless other businesses and company headquarters that help to keep the city's economy strong.

In order to meet the needs of the city's many children, there are seventeen school districts within the city of Houston. The city is also home to a number of private and charter schools that provide alternatives to the public education system. There are also numerous places to attain higher education in Houston, with four separate universities located in the state. The University of Houston is a nationally recognized Tier One research university, one that attracts students from around the world.

Houston is Texas's most populous city, but more importantly it is Texas's most exciting city. For every passion, hobby, and interest there is something in this city to fulfill it. Homes of all sizes and styles can be found here, allowing anyone to enjoy all that the city has to offer in the home that is perfect for them.

Thanks for searching for Homes ! 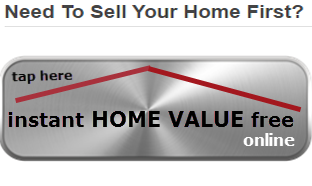